John Cusack
He may be sewn into memory holding a boom box above his head, but John Cusack, 41, will display his gravity in War, Inc., a political satire he also wrote and produced, which is featured at the Tribeca Film Festival this month. Here, the romantic-comedy veteran shows his pensive side.
illustration by Risko June 2008 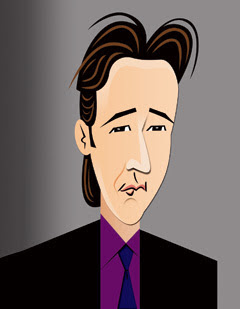 What is your current state of mind?
Bloodied and slightly doom-struck, but I am comfortable with these themes. I remain basically unbowed.
What is your greatest fear?
Beyond the normal issue of the mortality of my nearest and dearest, strangely it is a fear of inertia. If I stop, I may not be able to start again.
What is the trait you most deplore in yourself?
Whenever I’m lazy enough to assume people think like me. It’s a kind of vanity that gets me in trouble a lot. Also, I tend to project a purity of heart into people who impress me, which is very child-like.
What is the trait you most deplore in others?
The inability to think for themselves. Or the need to define one’s core in five-minute sound bites. Which living person do you most admire?
Living? Nelson Mandela would have to go down as one of the three great figures of the last century.
Which living person do you most despise?
Very tough question. They exist in the realm of war profiteers. These men and women are the lowest form of human consciousness, truly and completely spiritually fucked. Theirs is an amazing satanic dance: create a new market with war, bar competitors from the aftermath, then pay your own companies at a cost-plus basis, which guarantees profits, all at the taxpayers’ expense. They are the biggest welfare freaks on the planet.
On what occasion do you lie?
Only when awake or speaking or looking at someone …
What or who is the greatest love of your life?
The great white buffalo.
When and where were you happiest?
Hunting it.
Which talent would you most like to have?
Music. It seems the closest art to prayer and where the shamans roam.
If you could change one thing about yourself, what would it be?
Take myself less seriously. And I would try not to be famous for at least a week or two as an adult.
What do you consider your greatest achievement?
I couldn’t say I have one besides the small amount of good I’ve done for other people.
If you were to die and come back as a person or thing, what do you think it would it be?
An angelic (not demonic) non-corporeal presence. Would like to travel light.
What is your favorite occupation?
It would be great to be a medium.
Who are your favorite writers?
I can only speak to what has inspired me lately—meaning stuff I have read or reread by Garry Wills, Bob Dylan, Cormac McCarthy, Mark Leyner, Naomi Klein, Hunter S. Thompson, and J. D. Salinger.
Who is your favorite hero of fiction?
Just happened to reread Salinger, and Zooey Glass made me very happy indeed.
Who are your heroes in real life?
Let’s go with Jesus. Not the gay-hating, war-making political tool of the right, but the outcast, subversive, supreme adept who preferred the freaks and lepers and despised and doomed to the rich and powerful. The man Garry Wills describes “with the future in his eyes … paradoxically calming and provoking,” and whom Flannery O’Connor saw as “the ragged figure who moves from tree to tree in the back of [one’s] mind.”
What are your favorite names?
I like the name Doctor Zhivago.
What is your greatest regret?
That I have lived selfishly or fearfully (when I have).
How would you like to die?
While dreaming—would be a great transition.
What is your motto?
An old Yugoslavian proverb I always come back to: “Tell the truth and run.”
Από τον Nikos Fotakis Στις 09:50 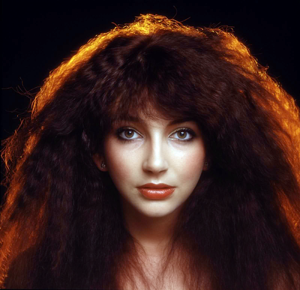